What is the church?

The following is a brief overview/summary of a book called Church Without Walls. The book was somewhat inspiring and thoughtful on what the church is and its mission.

Summary
In Church Without Walls Jim Petersen challenges the major concept of what we believe to be the church. He begins by addressing the current state of the church here in America and the current state of the culture around us. He addresses the church’s function and questions if the church is doing what it should be doing (reaching out to the lost). This is where the thesis of the book is developed. He states that God’s people are in the world to bear witness to Christ by living among and serving unbelievers. This ministry depends upon every believer using whatever God has gifted them with to serve Him by serving others. Has the church accomplished this throughout its lifespan and is it accomplishing this now?

Tracing the church through history we see where it veered off track. Jim points out that the early church Fathers established the church as an institution, which gave the church power, which lasted through the Middle Ages. There was also the creating of a rift between clergy and laity. The church became a haven for saints and people were expected to submit to its authority and want to come to it. The lost were forsaken. As the church moved through the Reformation a push to reform the church was initiated. This broke the unity of the Roman Catholic Church and began the process of different denominations (never intended by the reformers). The idea of church was a place where God’s people gathered to hear the Word preached and sacraments administered. This belief of what the church is stuck with the Puritans as they pulled away from the Church of England to move to America to live Christianity out the way they thought it should be lived out. Their focus was on the sermon and the preacher.

Much of what we do in church today is a result of thousands of years of tradition. Jim points out the dangers in sticking to form when it has lost its function. He addresses through his thesis that the church should be without walls and intentionally ministering to the lost where they are. He would like to break with the traditionalism of our past and move the church forward by looking back at the New Testament Church. He suggests we do this patiently and not fall into the business model mindset of what church is today. He wants us to reach out while at the same time holding on to our heritage. He wants us to preserve our traditions without falling under their control. He asks the church to adapt to unbelievers but not to adopt their beliefs and value system. He asks us to be a church without walls.

I'll return next week with an analysis (including a critique and some things I like) of this book.
Posted by Tim Sheets at 2:14 PM 1 comment:

I thought I would go to the lighter side of things with a little humor today. My brother-in-law sent me a hilarious video this week and I just have to share it with you all.

Chapter 4 of James Dunn’s book Jesus’ Call to Discipleship tackles Jesus’ ministry to sinners. The Jews defined a sinner as one who disregards or breaks the law. Dunn points out how important the law was (and still is) for Jews. It was what made them who they were; it gave them their identity as a Nation. The law helped them understand how God expected them to live. The Jews, being God’s chosen people, could live as God’s people by obedience to the law. However, the law transpired into outward dos and don’ts. Because of this, the law became all about externals (e.g., what you do and don’t do), which caused a lot of people to fall into the classification of sinners.

When Jesus emerged on the scene He treated sinners differently. He talked to them, touched them, and even ate a meal with them (which was a big deal to the Pharisees and their tradition). When you read through the Gospels it seems as if Jesus actually enjoyed their company and fellowship. He did this because of His love for the lost and hurting. He stirred up a lot of opposition because of the time He spent with such disgusting people, but He had to reveal the heart of God. The heart of God loves, and even likes, people.

I was challenged in how I spend my time and whom I spend my time with. If Jesus found it so important to be with the lost, shouldn’t I? It amazed me how uneasy the religious people of Jesus’ day were with Him spending so much time with sinners. Why were they so upset about this? What did they believe about God and who He was/is to make them so upset? Didn’t they have a bigger picture of God and His kingdom from their forefathers? Shouldn’t have God’s people known better? I guess tradition can be an easy distraction to serving and reaching the lost. Do we have any traditions that barricade us from helping a lost person find true hope? If so, how do we break free?
Posted by Tim Sheets at 11:07 AM No comments:

Are we Dunn yet? 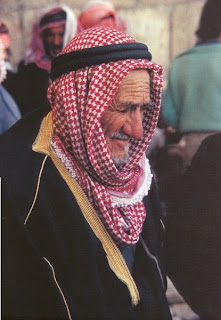 What does it mean to speak of God as “God of the poor,” or as biased to the poor? What responsibility toward the poor do the Bible and the Gospel lay upon the well-to-do?
...Answer: God went to the poor because He despises the proud, but give grace to the humble (Proverbs 3:4, James 4:6). In Jesus’ day, wealth and pride seem to be a happily married couple. If you were wealthy you could be proud of yourself and your accomplishments. Not much different from today. This caused the wealthy to turn to themselves and their wealthy friends and neglect the poor and hurting.
...The poor were sometimes left on the streets to beg for food and money, or they were thrown out of the towns and left to fend for themselves. Jesus took His message to the poor and oppressed to show the rich that all people matter to God. He believed this because He believed all people were made in God’s image and likeness. The actions of the wealthy go against God’s plan.
...In the Old Testament, God asks the Israelites to take care of the poor and oppressed. Jesus tells his disciples that when they do any act of kindness to the poor or oppressed, they do it unto Him (Matt 25:36). Jesus did not advocate a prosperity Gospel, but a Gospel that changed peoples’ lives from the inside out, making them wealthier than the wealthiest person on earth. So, in a way, I guess you could argue that He did promote a prosperity Gospel of a life filled with Him and His love.

Posted by Tim Sheets at 3:00 PM No comments: